24/02/2018 (Egypt Indipendent – Egypt): Six kilometres south of Tuna Al-Gabal archaeological site, an Egyptian archaeological expedition announced on Saturday the discovery of an ancient cemetery for family graves, which includes eight tombs, 40 coffins and 1000 statues, dating back to the end of Pharaonic times and the beginning of the Ptolemaic era. The unearthing was made by an Egyptian mission led by Mostafa Waziri, secretary general of the Supreme Council of Antiquities (SCA), who started excavations at end of 2017. “Excavation work is scheduled to last for five years in an attempt to uncover all the burials of the cemetery,” Egypt’s minister of Antiquities Khaled al-Anany said in a live video posted by the ministry’s page on Facebook during the announcement on Saturday…

24/02/2018 (Emirates 24/7 – UAE): H.H. Sheikh Hamdan bin Mohammed bin Rashid Al Maktoum, Crown Prince of Dubai and Chairman of the Dubai Executive Council, has stated that innovation in government services strengthens the UAE’s developmental dive. “The UAE Innovation Month reflects the vision of the Vice President, Prime Minister and Ruler of Dubai, His Highness Sheikh Mohammed bin Rashid Al Maktoum, to turn innovation into a way of life to ensure a better future for the UAE people and their children.” H.H. Sheikh Hamdan made the remarks while launching UAE Innovation Month in Dubai earlier today. The activity will continue until 28th February, in the presence of general managers and representatives of government and private departments…

24/02/2018 (Anadolu Agency – Turkey): At least 38 civilians have been killed in regime attacks in the Damascus suburb of Eastern Ghouta.  The attacks targeted several towns in the suburb, which has remained under a crippling regime siege for the last five years, bringing it on the verge of a humanitarian catastrophe.  The highest death toll was reported in Duma where regime forces pounded the area on Friday, according to an Anadolu Agency correspondent in the area.   Ten people were also killed in attacks in the Sifoniye and Abadde towns and three others in Kafr Batna, the correspondent said.  The death toll is expected to rise as regime airstrike were continuing on Saturday.   According to the White Helmets civil defense agency, a total of 357 people have been killed by regime attacks in Eastern Ghouta in the past five days…

24/02/2018 (Al Arabiya News – UAE by Fahad Shoqiran* ): The concept of secularism has been linked to the Christian tradition itself, not only on the fundamental ideological plane but even at the academic and intellectual levels.The benefits of secularism. Analyzing secularism has thus not taken into account the development of the concept as seen in several countries in the east and the west. “Render unto Caesar the things that are Caesar’s; and unto God the things that are God’s,” has often been cited. If it had not been for secularism, massacres and bloodshed would have been rampant across the world. Many intellectuals, including Mohammed Abed al-Jabri, a prominent critic and thinker, made the mistake of equating “secularism” with ‘religion’. This was evident in Jabri’s book ‘The religion, state and application of Shariah.’ Georges Tarabichi criticized Jabri in his book ‘Heresies.’ His criticism is in fact justified as Jabri had proposed “democracy” as an alternative to “secularism.”..

*Fahad Shoqiran is a Saudi writer and researcher who also founded the Riyadh philosophers group. 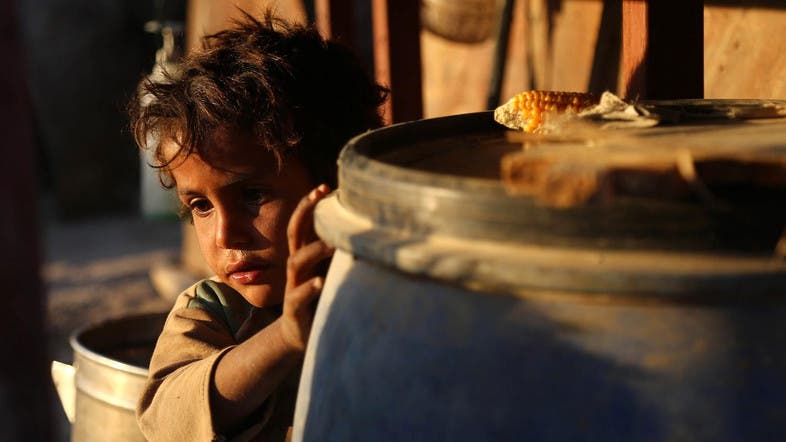 24/02/2018 (Ahram Online – Egypt): Egypt’s presidential elections campaigning started Saturday, one day after the National Elections Authority (NEA) approved incumbent President Abdel-Fattah El-Sisi and Moussa Mostafa Moussa, head of the Ghad Party, as the final candidates for the March 2018 elections. Several billboards featuring President El-Sisi were seen in Cairo streets Saturday, the first day of campaigning that is set to continue until 23 March. The elections are set to be held abroad 16-18 March, and inside Egypt 26-28 March, while in case of a second round, the elections will take place on 19-21 April for Egyptians abroad, and 24-26 April inside Egypt.

17/02/2018 (Hurriyet – Turkey):  The Egyptian Museum in Cairo has put on display the “Screaming Mummy” of the son of a pharaoh who may have been hanged for plotting his father’s murder. Dubbed “the unknown man E,” the mummy which is not usually exhibited appears to be of a man who died an agonising death. Egypt’s antiquities ministry has said DNA analysis confirmed the mummy was a son of Ramses III, who ruled between 1186 BC and 1155 BC. It showed signs that the man had been hanged and shrouded in sheepskin, which the ancient Egyptians considered impure. Pentawere, the son of Ramses III, was sentenced to hang for his role in the plot, according to an ancient papyrus record of the conspiracy…

17/02/2018 (Finacial Times – Iran): Europe wants countries rich in natural resources to join the Southern Gas Corridor. European Commission Vice President for Energy Union Maros Sefcovic announced the above at the press conference dedicated to the Fourth Ministerial Meeting of Southern Gas Corridor Advisory Council that kicked off in Baku, the capital of Azerbaijan, on Feb. 15. According to Sefcovic, all possible options have been considered, Azerbaijan Press Agency reported. “We are ready to discuss the issue of Iran joining SGC with all partners of the project,” he said. “It is important that SGC connects Europe with countries rich in gas resources. We will be interested in involving new purchasers and suppliers. Within these meetings, negotiations have been conducted with Turkmenistan and Iran.” The European official noted that Iran is interested in oil transportation, for which pipelines should be constructed and infrastructure should be established in Iran. Sefcovic noted that the Southern Gas Corridor project is of strategic importance, stressing that European financial institutions also support this project…